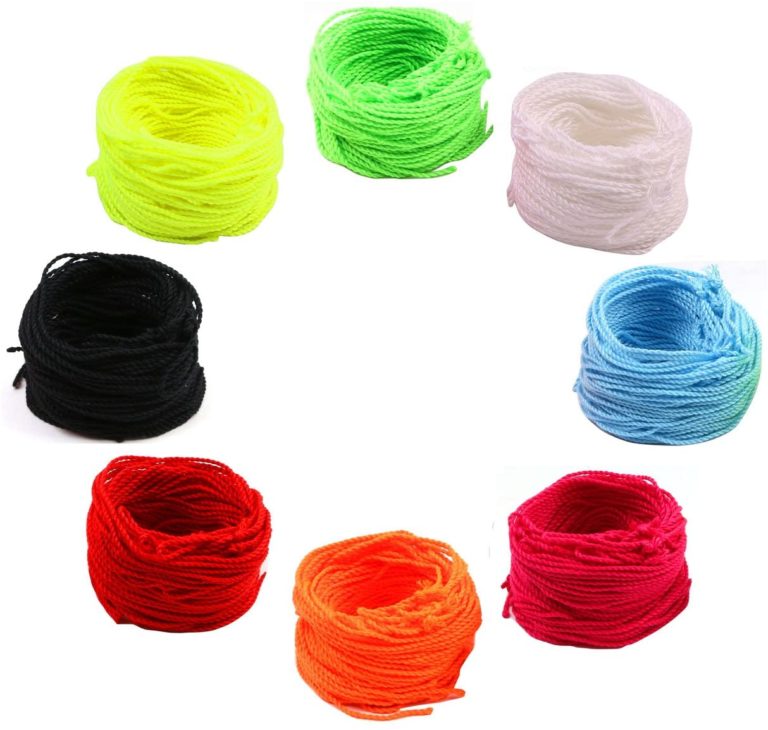 It isn’t easy to find the best yoyo strings in this day and age due to all of these different brands, type 6 or 8 cord, polyester, cotton, or nylon thread, but worry not! We’ve got you covered.

In this article, we’ll be telling you all about different string brands so you can make a better decision and buy the best yoyo strings according to your needs.

Kitty Strings are much thicker and heavier than the regular cords with 12 strands of thread. These strings are used by many yoyo players and champions while also being extremely popular in the general yoyo community. The string is made up of polyester, which is softer than cotton strings. They also last much longer than cotton strings, and they also give you lest string burn due to its texture. One more thing that makes Kitty String Pack superior is that they are hydrophobic to some degree. They don’t absorb water, which is great for preventing rust from affecting your yoyos.

A pack of these strings got like only 10 of them, but they last for a good enough while. These strings got a rough texture, but they’re also very slick compared to other strings. With enough usage, they get softer and comfortable. They’re also considerably good at whipping since they’re heavier than most. They’re also handmade in the US with 100% polyester.

These 100% polyester strings are specifically made for competitive play. They’re heavier than regular string, which makes them suitable for slack and whips. They’re also relatively cheap compared to other strings, but in terms of quality, they’re as good as any other major brand. They’re only available for a $14 pack of 100 strings.

StringLab is famous for making the best yoyo strings around the world, and their ‘PLUTONIUM’ is exceptionally better than regular strings. These can also be used effectively for competitive play. These strings last longer than the Kitty and are also better at whips and slacks.

The Buddha Poly yoyo strings are rougher than most other strings despite being made up of polyester. Even though they’re rougher, they still hold their tension for a much longer time compared to regular strings. You might have to change the strings after one week of continuous use because it will become too much worn out to be used effectively.

These strings never give you any string burns, and they’re even softer than the Kitty strings. The StringLab String Type X’s 100% polyester string is also much comfortable than most expensive brands. They also hold their tension considerably well, and you can even adjust the yoyo string knot since they don’t come with one from the factory.

These are all one the best strings for yoyo available in terms of quality and performance. With this article, it should become much easier for you to decide which one to go for.

Best Yoyo For Sleeping And Learn How To Do The Trick? Sleeping is a fundamental yoyo trick where your yoyo keeps spinning at the end

Here Is Why You Should Buy The New Edge Beyond Yoyo

Here Is Why You Should Buy The New Edge Beyond Yoyo Are you a yoyo enthusiast? Do you like collecting yoyos? Are you a competitive

This Is How You Do The Yoyo Trick Around The World Easily Do you want to learn the flashy yoyo trick around the world? If

TheBestYoyo.com is a participant in the Amazon Services LLC Associates Program, an affiliate advertising program designed to provide a means for sites to earn advertising fees by advertising and linking to Amazon.com.